Towards the end of last year, Westbury’s Research & Development (R&D) facilities underwent a revamp, in an effort to maximise the engineering opportunities presented to the business. 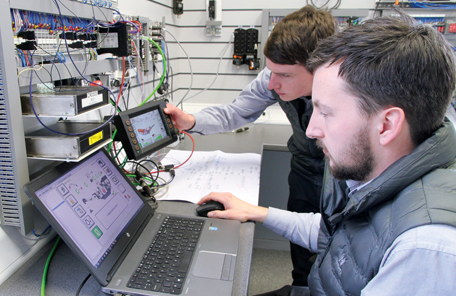 Predominately used by Westbury’s engineers; Carl Hitchcock, Chris Haining, Sam Tongue and Alex Anderson, the R&D room serves as a useful, dedicated space for problem solving, prototyping, testing and developing. Carl describes some of the activity; “In a nut shell, we have the ability to test and prove that ‘our stuff’ does what it should do before it’s used in the field, whether that’s a block of developed code to be bench tested on a PLC, or a new piece of kit supplied by the customer.” Obviously, machine builder clients benefit from this, knowing that Westbury’s engineering time in the R&D room means that the kit and software is trailed and tested before it’s commissioned. 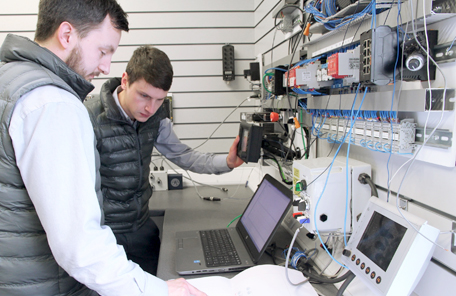 Engineering Manager, Craig Hudson highlights, “we often get involved very early on with R&D. For example, we’re currently working with a University on an energy from waste (EfW) project. Similarly, we’re at the early stages prospecting robotics work with an industry leading client. Appealing to like-minded engineers, they are particularly enthusiastic that we have an R&D facility on-site at Westbury.”

R&D has also helped significantly with gaining new work for the company. For example, Peter describes how a world leader in mining machinery acknowledged that: “Westbury won them over by putting the effort in upfront. Demonstrating our R&D capabilities, highlighted that our competitors weren’t offering this service to them – it gave us the advantage.”