Local firm, Westbury which employs over 50 staff from its Narborough manufacturing base has relaunched its apprenticeship scheme by employing five young candidates from the Leicestershire area, as part of a recruitment campaign which ran over the summer.

Glynn Westbury, Managing Director looks back on his own apprenticeship with fond memories: “I started as an apprentice back in 1976, for the Leicester City based Midland Dynamo (which is sadly no longer in existence), and have worked hard to become an owner of a successful business. So, an apprenticeship can lead to many things – it shouldn’t be overlooked as it is a great opportunity and entry point to the working world.”

Westbury apprentices (pictured from left to right: Jack Nedza, Robert Lee, Alex Mugglestone, Ryan McShane, Lewis Randall) were recently added to the Prime Minister’s Pinterest page #Madebyapprentices which is a national campaign to showcase the talent of the nation’s apprentices and the contribution they make to the economy and employers across the UK. 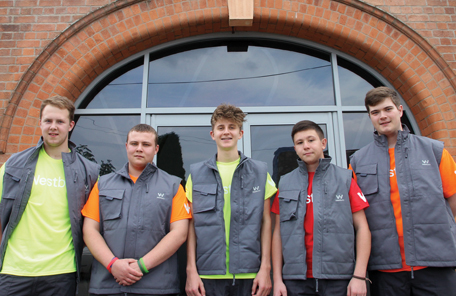