A Brief History of Automation Control

Automation control is a phrase often related to complex electronic systems with impressively minute components, and this is quite unsurprising given the state of technology today.

But before micro processing, and even before we fully understood the concept of electric charge, control systems were already part of manufacturing processes. 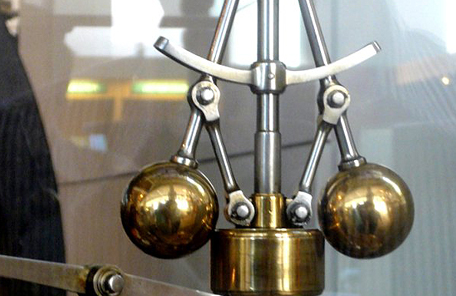 North West England and a Blacksmith

In 1745, a feedback control mechanism was patented by Wigan-based Blacksmith, Edmund Lee which consisted of a fantail attached to a windmill at right angles to the main sails. This had the function of ensuring the main sails were positioned at an angle such that maximum power was gained from the wind.

Moving forward a few years to 1788 and the more familiar James Watt, enters the world of automation control. Along with his renowned business partner Matthew Boulton, Watt developed and built what we now refer to as the ‘centrifugal governor’, a system for maintaining the speed of an engine through the control of the fuel supply, a feature that would become commonplace on steam engines and introducing much needed elements of consistency to manufacturing.

Both Watt and Boulton are celebrated as pioneers in the industrial revolution, both having had statues erected in remembrance throughout the UK. The SI unit, ‘Watt’ is of course named after this particular Scottish inventor.

Entering the 20th century, automation control had received little attention but the early 1900s saw the use of electrification become possible and as such, systems had to develop.  Prompted by overwhelming demand on the newly-introduced telephone system, Bell Labs, headed by Scottish inventor Alexander Graham Bell, began research into the transistor which to this day remains one of the basic building blocks of electronic systems.

In the 1940s, “automation” started to become a discipline in its own right with the now defunct British company General Electric using the term routinely. Developments during the Second World War for improving aircraft safety made several leaps forward towards the technology of today.

Technological development is often a result of the profit incentive in business and this is still true to this day. The development of control systems is deep set in improving efficiency, productivity and inevitably, the bottom line.